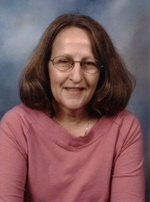 She was the born February 5, 1952, the daughter of the late William W. and Arlene Cottrell of Grant City, Missouri.

While attending Northwest, Anna met the love of her life Jerry Gervais. Jerry and Anna were married in 1976 in Maryville and had 44 wonderful years together. Anna and Jerry had three boys, Doug, Adam and Trevor.

Anna and her family moved to Phoenix, Arizona because of health issues. Anna retired from teaching after twenty-five years.

Family meant the world to Anna. She enjoyed raising their three boys, helping them with Cub Scouts and religion classes. She also enjoyed socializing with all her friends and neighbors. It was with them that she learned the art of card making for all occasions.

Those preceding her in death were, her son Trevor Gervais (2019) and her parents Bill and Arlene Cottrell.

Per Anna’s request her body has been cremated. A memorial mass followed by inurnment will be at 10:00 AM, Saturday, March 14, 2020 at St. Joseph’s Catholic Church in Palmyra, Missouri.