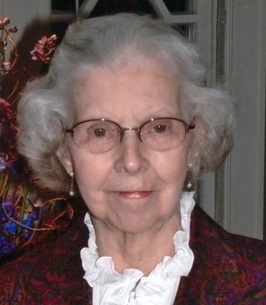 Share this tribute
Memorial Candles Lit for Billie | SEE ALL
Light a Candle
"We are honored to provide this Book of Memories to the family."
— Andrews-Hann Funeral Home LLC
Funeral Details Memory Wall Photos & Videos Plant a Tree

On May 15, 1942, Billie married her high school sweetheart, Raymond Veryl Humphrey. Billie remained in Grant City as Veryl was deployed to the Pacific with the United States Navy. After the War, they opened a business called the Art Shop in Grant City. Their store was a fixture in Grant City until Veryl’s death in 2002.

To their union was born two children: Phillip Chase and Loren Kent. Billie was preceded in death by her husband, Veryl and her son, Chase. She was also pre-deceased by her parents, Charles and Dixson McLaughlin; Her parents-in-law, Elmer and Blanche Humphrey; Her sister, Margaret Stephens and a brother , Chase McLaughlin; Brother-in-laws, Raymond Stephens and Bill Humphreys; Daughter-in-law, Nancy Humphrey.

Billie took great pride in her community. Active in the United Methodist Church and service and social clubs, she was still raising money for the Community Betterment Association in her nineties. Hand in hand with Veryl, Billie provided a nurturing and safe environment in which her two sons could thrive. She gave us a childhood full of oatmeal cookies and school events. Bridge club parties and work after school up at the store. And when bad times came, she made sure you knew she was right there with you. Sweet and loving by nature, Billie was a wonderful mother and friend. Adored by family and cherished by friends, we will miss and treasure her for years’ to come.

We want to extend our sincere thanks and gratitude to Ramona Goff and all the staff at Orilla’s Way for their friendship with, and care for, our Mother.

Memorial contributions may be made to the Grant City Methodist Church or the Worth County Partnership Library.

Funeral Services will be held 11:30 AM, Wednesday, December 5, 2018 at the Andrews-Hann Funeral Home, Grant City, where the family will receive friends from 10:30-11:30 AM prior to the service. Burial will be in the Grant City Cemetery, Grant City. A reception will be held at Orilla’s Way Residential Care Facility at 1:00 PM, following the service.

We encourage you to share any memorable photos or stories about Billie. All tributes placed on and purchased through this memorial website will remain on in perpetuity for future generations.

LP
A beautiful classy lady inside & out. My condolences to the family.
Linda (Alderson) Popplewell - Friday November 23, 2018 via Condolence Message
Share This:
1
Page 1 of 1
Share
×

Share on Facebook
Plant a Tree in Memory of Your Loved One
An Honouring a Life memorial tree is a unique tribute which provides global benefits like no other memorial gift could.
Plant a Tree
Family Log-In