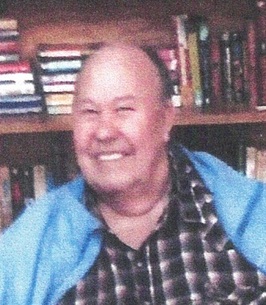 Charles Luane Pritchett, age 79, Gentry, Missouri died and went to be with Jesus Saturday,
April 9, 2022, at his home in Gentry, surrounded by his family.

Charles was born October 8, 1942, near Bridgewater, Iowa. He was the son of Walter and Edith (Milligan) Pritchett.

He was united in marriage to Gloria Holland on June 28, 2014, at the Christian Church in Gentry.

He enjoyed spending his winters in San Juan, Texas. Something he had done for the past 21 years. Charles liked listening to music, always attended music jam sessions, when he could. He had a passion for cars and car auctions. He was the owner/operator of Chuck’s Used Cars in Gentry. Chuck also loved going to flea markets with his electric golf cart and wagon looking for the bargain to bring home. Charles was an avid fan and loved the sport of NASCAR.

Charles was a member of the Gentry Christian Church.

He was preceded in death by his parents, two brothers Francis “Short” Pritchett and Eugene Pritchett, and one sister Virginia Sherman.

Graveside funeral services and burial will be held Thursday, 10 AM, April 14, 2022, at the Kirk Cemetery, Allendale, Missouri. Pastor Bill Farrens will be officiating