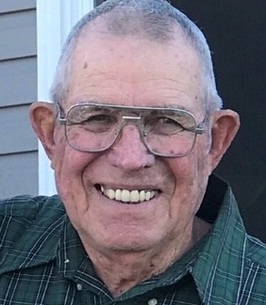 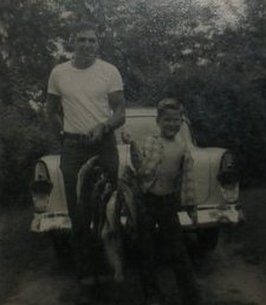 Share this tribute
Memorial Candles Lit for Donald | SEE ALL
Light a Candle
"We are honored to provide this Book of Memories to the family."
— Andrews-Hann Funeral Home LLC
Funeral Details Memory Wall Photos & Videos Plant a Tree

Donald Wesley Brown, age 81, Stanberry, Missouri died at his home after a brief illness, on Thursday, September 27, 2018. At the time of his passing he was surrounded with the love of his four daughters and close friend Mary.

Don was born February 9, 1937 near Allendale, Missouri, the son of the late Weldon W. and Dale (Thrasher) Brown.

Don was a graduate of Grant City High School class of 1955. He was united in marriage to Carleta Arnold in 1959. To this union four daughters were born, Doneta, Linda, Trisha and Krista.

Don was a veteran serving his country in the United States Army. He enlisted into the Army on May 18, 1960 and was stationed with the 520th Engineer Company at Fort Leonard Wood, Missouri. Don served as an engineer equipment repairman while with the 520th. He was honorably discharged May 17, 1962.

After serving in the US Army, Don moved to Kansas City, MO with wife Carleta and daughter Doneta. Following the move to Kansas City, daughters, Linda (1963) and Trisha (1965) and Krista (1970) were born. Don worked at the Ford Motor Company until 1967.

Don and family moved to Stanberry, Missouri in 1968 and started working for Moorman’s Feed Company. He was a salesman for Moorman’s for 25 Years until retiring in 1993. Don then worked at
Big Four Hardware for a few years until deciding to work from home on small engines.
Don will forever be remembered as the lawnmower man. Don enjoyed working on small engines and everyone knew to drop off their lawnmower, chainsaw or four-wheeler by his workshop for quick and honest repairs. He loved hunting, fishing and the sport of cutting wood. He enjoyed sitting on his front porch early mornings and evenings, enjoying a cup of coffee or sipping water from his Casey’s big cup, while spending time with friends and family.

Don was preceded in death by his parents Dale and Weldon Brown, and Carleta Foreman, mother of his four loving daughters.

Funeral services will be held at 10 am, Saturday, September 29, 2018 at the First Baptist Church in Stanberry Missouri, followed by Internment in the Kirk Cemetery, Allendale Missouri. The family will receive friends from 5-7 PM, Friday, September 28 at the Hann Funeral Home, Grant City, Missouri.


To plant a tree in memory of Donald Wesley Brown, please visit our Heartfelt Sympathies Store.

We encourage you to share any memorable photos or stories about Donald. All tributes placed on and purchased through this memorial website will remain on in perpetuity for future generations.

Linda, you and your family are in our hearts and prayers. We love you Sista
Debbie & Tammy - Friday September 28, 2018 via Heartfelt Sympathies
Share This:

VE
You all have my deepest symphony 🙏
Vickie Gage Eiberger - Thursday September 27, 2018 via Condolence Message
Share This:
1
Page 1 of 1
Share
×

From: Earl
Share on Facebook
Plant a Tree in Memory of Your Loved One
An Honouring a Life memorial tree is a unique tribute which provides global benefits like no other memorial gift could.
Plant a Tree
Family Log-In