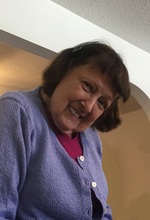 Jewel was born March 4, 1928 in Macon, Georgia. She was the daughter of the late Herman Hernado and Francis (Clegg) Roberts.

She was united in marriage to Thomas Glenn Dye on November 10, 1944 in Dougherty County, Georgia. He preceded her in death.

She is survived by her son, Timothy Dye and daughter Debra Younger, five grandchildren and eight great grandchildren.

Per Mrs. Dye's request her body has been cremated and a Celebration of Life will be held February 29, 2020 at the Community of Christ Church, Lamoni, Iowa.

Arrangements are under the direction of the Andrews-Hann Funeral Home, Grant City.