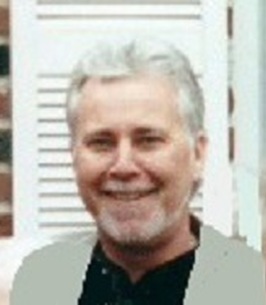 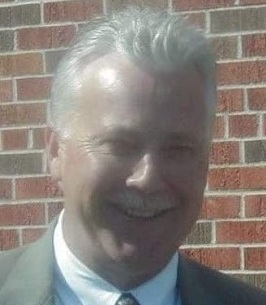 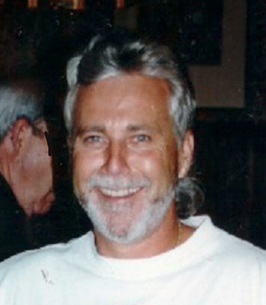 Share this tribute
Memorial Candles Lit for Randy | SEE ALL
Light a Candle
"We are honored to provide this Book of Memories to the family."
— Andrews-Hann Funeral Home LLC
Funeral Details Memory Wall Photos & Videos

Randy Lee Cottrell was born on September 14, 1957 in Sheridan, MO at the home of his grandparents Guy and Dessolee Auten. He passed away on October 6, 2018 at his home in Jefferson City, MO.

He attended Grant City High School (class of 1975). He graduated from Missouri Western and received his Master’s Degree from University of Missouri. His career was spent working for the State of Missouri in Economic Development.

Randy lived his life fully, in his younger years he enjoyed playing sports and later in life watching sports, he was a fan of Neil Young and attended many concerts. He would often find humor in most situations.

Randy was preceded in death by his grandparents, Guy and Dessolee Auten and Lorin and Francis Cottrell, and sister Johnna.

A Celebration of Life will be held at 11 AM, Saturday, October 13, 2018 at the Andrews-Hann Funeral Home in Grant City, Missouri, where the family will receive friends from 10-11 AM prior to the services. Inurnment will be in the Grant City Cemetery, Grant City.

When Saturday, October 13th, 2018 10:00am - 11:00am
Additional Information The family will receive friends one hour prior to the services at the funeral home.
Light Candle

We encourage you to share any memorable photos or stories about Randy. All tributes placed on and purchased through this memorial website will remain on in perpetuity for future generations.

DF
Praying the love Randy gave each of you is enough to last your lifetime; Jack, Jean, Steve, Lori/Rex, And David & Cathy. Randy was a caring, thoughtful, and fun friend and past husband. Many wonderful years full of positive memories shared with him. Love and hugs to all of you. May all of his family and those closest, find peace and cherish the wonderful memories Randy brought to each. Dawn J. Freemyer
Dawn J. Freemyer - Saturday October 13, 2018 via Condolence Message
Share This:

TB
I had the good fortune of knowing Randy. He had a passion for helping people, especially those that called small towns home. He will be missed.
Tom Bliss - Friday October 12, 2018 via Condolence Message
Share This:

CB
I am so sorry for the loss of our Rowdy. Randy was such a great guy, always made everyone laugh. He lived with me when his house flooded, back in the day! He will be missed. Ride the wind in peace brother.
Cindy Borgwordt - Friday October 12, 2018 via Condolence Message
Share This:

DS
Randy and I worked closely together several years ago. He was a highly competent contributor to joint projects for which we shared duties. His smile and laughter will be missed.

I extend my sincere condolences to all of Randy's family and loved ones. He was one of a kind.
Doug Sutton - Thursday October 11, 2018 via Condolence Message
Share This:

RL
Randy was always friendly and helpful. My thoughts and prayers are with you.
Robert Lee - Thursday October 11, 2018 via Condolence Message
Share This:

RB
I worked with Randy for 30 years. He was a good friend and always had a great sense of humor. I will keep you in my thoughts through this difficult time.
Roger Baugher - Thursday October 11, 2018 via Condolence Message
Share This:

JS
It was indeed sad news when I heard of Randy's passing. My condolences to Jack, Jean, Steve, Lori, David and the rest of the family.

SB
So sorry to hear of Randy's passing. Our thoughts and prayers are with your family and Randy's friends.

JT
Very saddened to hear of Randy's passing.Rowdy Randy and I developed a close relationship back in the early to mid 1980s shortly after he had moved to Mid-MO. We shared many fun times together.He was a very kind, generous,fun-loving friend whom I shall always remember with great fondness.RIP RLC and Godspeed!
Jim Terrill - Tuesday October 09, 2018 via Condolence Message
Share This:

LG
Randy was in my brother Mikes class.Randy coached my little league team 1978.My friend,Fran Costin,were the 1st girls to play LL in Grant.Randy was very supportive and an awesome coach.
#RipRC
Lisa Groom-Perry - Tuesday October 09, 2018 via Condolence Message
Share This:
1 2 next page >>
Page 1 of 2
Share
×