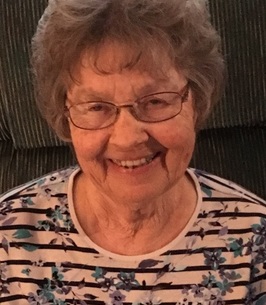 The daughter of Leslie Garland and Gladys Leota (Harker) Brown, Shirley was born August 30, 1937 in Worth County near Allendale, Missouri.

On January 15, 1954 she was united in marriage to Eldon Duane Maudlin in Grant City. To this union three children were born Gary, Linda and Sharon.

Shirley was a homemaker. She also was a born-again believer in Jesus Christ having followed him in baptism.

Funeral services will be held at 2:00 PM, Tuesday, September 29, 2020 at Andrews-Hann Funeral Home, Grant City, where the family will receive friends from 5-7:00 PM, Monday, September 28, 2020. Burial will be in the Kirk Cemetery, Allendale, Missouri. Services will be livestreamed on Andrews-Hann Funeral Home Facebook Page. Social Distancing measures will be followed with face masks recommended.

Arrangements are under the direction of the Andrews-Hann Funeral Home, Grant City