To share your memory on the wall of Connie Edington, sign in using one of the following options:

Provide comfort for the family of Connie Edington with a meaningful gesture of sympathy.

Print
Connie Sue "Baker" Edington, age 66, joined her parents on April 9th, 2019 at the home of her daughter in Stanberry, Missouri.

Connie was born on October 8th, 1952 in Mount Ayr, Iowa to the late Elvis Dale and Bonnie Lou "Brower" Baker.<... Read More
Connie Sue "Baker" Edington, age 66, joined her parents on April 9th, 2019 at the home of her daughter in Stanberry, Missouri.

Connie was born on October 8th, 1952 in Mount Ayr, Iowa to the late Elvis Dale and Bonnie Lou "Brower" Baker.

Connie grew up and lived most of her adult life in Grant City, Missouri. She graduated in 1970 from Grant City High School.

In 1970 she married Ronald Rice and to this union one daughter was born, Tammi Sue.

In 1981 she married Carroll "Butch" Edington who survives her of the home.

Connie was a free loving person with a magnetic personality that everyone loved.
She spent most of her time cooking, playing games and spending time with her daughter
and grandchildren. One of her favorite things to do was to go for rides in the country to see
all the livestock.

Connie's wishes were to be cremated and have a Celebration of Life with family and friends to be held May 4, 2019 at 3:00 pm at the City Pool Park in Grant City.

Arrangements are under the direction of the Hann Funeral Home, Grant City.
Read Less

We encourage you to share your most beloved memories of Connie here, so that the family and other loved ones can always see it. You can upload cherished photographs, or share your favorite stories, and can even comment on those shared by others.

Posted Apr 11, 2019 at 10:46am
So sorry to hear the loss of Connie she was a wonderful person and she will be missed by everyone.In Christ love. Buddy &Carolyn Hall
Comment Share
Share via: 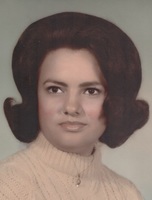 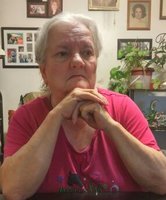 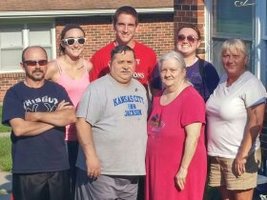 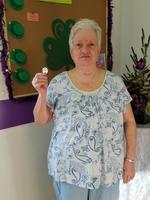