To share your memory on the wall of Donald \"Don\" Beavers, sign in using one of the following options:

Don was born August 18, 1957 in Mount Ayr, Iowa. He was the son of William Max and Kathryn Irene (Hann) Beavers. Don and his family lived in Grant City, Missouri and moved to St. Joseph when he was three years old.

Don was a graduate of Central High School and held a BS in History and Accounting from Missouri Western State University, both of St. Joseph. Don worked as Buchanan County Deputy Auditor for 38 years.

Don was a member of the Calvary Baptist Church, St. Joseph. His love for the Lord was evident in the many ways he served in the church, some of which included Sunday School Teacher, Worship Leader and Finance Chairman. Don also enjoyed the many activities of the St. Joseph Baptist Association. Don served as the Associational Camp Director for Grand Oaks Baptist Assembly in Chillicothe, Missouri for 18 years.

Don was preceded in death by his father William “Max” Beavers.

Funeral services will be held at 11 AM, Wednesday, February 27, 2019 at the Calvary Baptist Church, St. Joseph. The family will receive friends from 10-11 AM at the church prior to the service. Burial will be at 3 PM, in the Grant City Cemetery, Grant City, Missouri.

Receive notifications about information and event scheduling for Donald "Don"

We encourage you to share your most beloved memories of Donald "Don" here, so that the family and other loved ones can always see it. You can upload cherished photographs, or share your favorite stories, and can even comment on those shared by others.

Posted Feb 25, 2019 at 08:07pm
Though I am shocked and saddened to hear of his passing, I am grateful for the time that we served together on the St. Joseph Baptist Association Youth Camp committee. Don loved our Savior and people. The legacy of faith and kindness that he leaves will bless generations of people in the years ahead.
Comment Share
Share via: 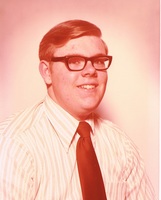 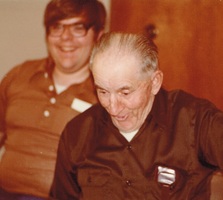