To share your memory on the wall of Ervin Meek, sign in using one of the following options:

Provide comfort for the family of Ervin Meek with a meaningful gesture of sympathy.

Ervin was born September 5, 1926 in Melbourne, Missouri, the son of the late Henry Lee and Nora (Morgan) Meek.

He was united in marriage to Lucina Marie Blossom in Battle Creek, Michigan.

Ervin was a veteran serving his country in the United States Army Air Corp.

He was a member of the Church of Jesus Christ of Latter-Day Saints, Albany, Missouri and the American Legion Post #464, Conception Junction, Missouri.

Ervin was the owner/operator of the Gas Buggy Antique Store in Jamesport, Missouri.

Per Mr. Meeks wishes his body has been cremated. Memorial services will be 1:00 PM,
Saturday, August 10, 2019 at the Andrews-Hann Funeral Home, Grant City.
Bishop Steven Jones will be officiating. Private family inurnment will be in the Springer
Cemetery, Brimson, Missouri at a later date. Full military honors will be provided by the
American Legion Post #464 Conception Junction, Missouri.
Read Less

We encourage you to share your most beloved memories of Ervin here, so that the family and other loved ones can always see it. You can upload cherished photographs, or share your favorite stories, and can even comment on those shared by others.

Posted Aug 06, 2019 at 10:47am
I had the great pleasure of getting to spend time with Erv over the last 2 years. Such a sweet man that I will truly miss.
Comment Share
Share via:

Posted Aug 04, 2019 at 01:40pm
To all our family, I'm sorry that we can't be there for Ervin's funeral service. We are very saddened by his passing. But, he will now be at peace with Mom, Grandma. Our thoughts and prayers are with all of you. All our love, Sherree, Anastasia, Kiara, Lunar-Mai and Ember. X
Comment Share
Share via: 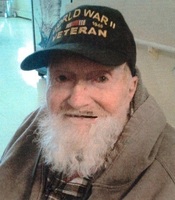