To share your memory on the wall of Kathryn Beavers, sign in using one of the following options:

Kathryn formerly of Grant City, Missouri, had been a resident of St. Joseph since 1965.

Kathryn formerly of Grant City, Missouri, had been a resident of St. Joseph since 1965.

She was born July 5, 1923 in Jamesport, Missouri, the daughter of James Lester and Dora Madelean (Foster) Hann. As a child she and her family lived in Mount Moriah, Missouri and later Whiting, Iowa where her Father found work. After a time, there they came back to Gilman City, Missouri and then moved to Worth, Missouri in 1943.
Kathryn was married to William Max Beavers, September 16, 1956 in Maryville, Missouri. To this union two sons were born Donald Max and William David Beavers. They made their home in Grant City, Missouri before moving to St. Joseph in 1960.

Kathryn was a homemaker.

Kathryn was a member of Calvary Baptist Church, St. Joseph, where she was actively involved until hindered by her health.

Funeral services will be held at 11 AM, Saturday, March 9, 2019 at the Calvary Baptist Church, St. Joseph. The family will receive friends from 10-11 AM at the church prior to the service. Burial will be at 3 PM in the Grant City Cemetery, Grant City, Missouri.

Receive notifications about information and event scheduling for Kathryn

We encourage you to share your most beloved memories of Kathryn here, so that the family and other loved ones can always see it. You can upload cherished photographs, or share your favorite stories, and can even comment on those shared by others.

Plant a Tree in Memory of Kathryn
Plant a tree 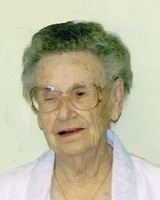 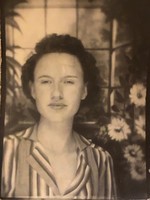