To share your memory on the wall of Lois Rosborough, sign in using one of the following options:

Lois was born May 7, 1927 in Detroit, Michigan. She was the daughter of M... Read More
Lois M. “Maggie” Rosborough, age 91, Sheridan, Missouri died Thursday,
March 28, 2019at the Worth County Care and Rehab Center in Grant City, Missouri.

Lois was born May 7, 1927 in Detroit, Michigan. She was the daughter of Mr. and Mrs. Frank Gallin.

During her lifetime Lois had lived in Michigan, California and was living in Grant City at the time of her death.

She had worked as a clerk in the cosmetic departments for various retailers.

Lois was married to Richard C. Rosborough, he preceded her in death on
February 19, 2007. She also was preceded in death by her sister Eleanor Krupa and one niece Gaylin Krupa.

She is survived by one nephew, Douglas L. (Lois) Krupa, of Whitmore Lake, Michigan.

Mrs. Rosborough’s body has been cremated. Private memorial services will be held at a later date.

Receive notifications about information and event scheduling for Lois

We encourage you to share your most beloved memories of Lois here, so that the family and other loved ones can always see it. You can upload cherished photographs, or share your favorite stories, and can even comment on those shared by others.

Plant a Tree in Memory of Lois
Plant a tree 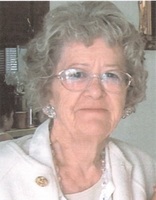 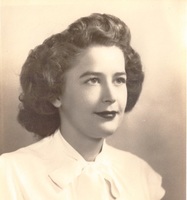