To share your memory on the wall of Neal Groom, sign in using one of the following options:

Provide comfort for the family of Neal Groom with a meaningful gesture of sympathy.

Bear was born December 7, 1950 the son of Wade W. “Dub” and Evelyn Faye (Richards) Groom at the family home in Worth, Missouri. They preceded him in death.

Bear attended the Worth Elementary School and was a 1970 graduate of Worth County R-I, Grant City, Missouri. He received certification as a Peace Officer in 2002.

He was united in marriage to Susan Knight, March 30, 1971 in Nuevo Laredo, Mexico. To this union one son was born Neal Travis Groom.

Bear was a friend to all who knew him. He had owned and operated Groom Plumbing and Wiring for many years in the community. Later he served as Worth County Sheriff from 2001-2008.

His memberships included, Lion’s Club, Worth Church of Christ, Missouri Sheriff’s Association and he was a member of the former Denver Volunteer Fire Department.

Per his wishes, Mr. Groom has been cremated under the direction of the Andrews-Hann Funeral Home, Grant City. A celebration of Neal’s Life will be held 10:30 AM Tuesday, June 4, 2019 at the Allendale Community Room, Allendale, Missouri. Please plan on sharing any memories of Bear at the service. There will be a light lunch following the service. Memorial may be given to the Worth Church of Christ, Worth, Missouri.

Private family inurnment will be at a later date.
Read Less

We encourage you to share your most beloved memories of Neal here, so that the family and other loved ones can always see it. You can upload cherished photographs, or share your favorite stories, and can even comment on those shared by others. 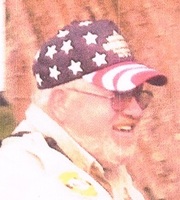