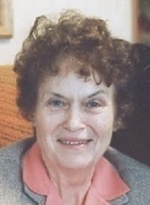 She completed her primary schooling at Hass (Haas) School, Worth County, Missouri and graduated from Grant City High School in 1933 after which she attended Northwest Missouri State Teachers College, Maryville, Missouri. On July 18, 1934, Vivian married Clifford P. Grace also of Grant City. The couple lived in Eldora, Colorado and Wichita, Kansas before returning to the Grant City area in 1948.

Vivian was an active member of the Denver, Missouri, Methodist Church and had served as a foster parent and a caregiver to many children as a day care operator in Albany, Missouri, and at her home.
After her husband’s death in 1975 she continued to live on the family farm.

Funeral services will be held 2:00 P.M., Saturday, January 23, 2016, at the Andrews-Hann Funeral Home in Grant City. The family will receive friends from 1-2 P.M. prior to the services. Burial will be in Prairie Chapel Cemetery, Denver, Missouri.