To share your memory on the wall of William Stewart, sign in using one of the following options:

Willie earned a bachelor’s degree in psychology and business from Missouri Western in St. Joseph, MO. While he worked in business for several years after graduating, he followed his family’s military heritage by joining the National Guard and then the U.S. Air Force. He achieved the rank of Master Sergeant before retiring from the Air Force in 2006.

Willie married Claudia Suzanne Conrad on March 19, 2004 in St. Joseph, MO. Together they moved to Allendale, MO where Willie was quick to tell one and all how much he loved the peace and quiet. He spent several years driving for Heartland Motor Coaches and enjoyed telling stories of his adventures driving college and professional sports teams in the Midwest. Later he helped the Worth County schools by driving a school bus. He took pleasure in mentoring several local youths.

Willie served on the Allendale Town Board, was active in the Grant City Lions Club, and was a member of Crossroads Assembly of God Church in Grant City, MO. He was also a lifelong member of the Masonic lodge.

Some knew Willie as a dedicated military professional, others knew him as a Corvette enthusiast, a golfer, a card player, or a fellow who appreciated good food. All who knew him will remember him as quick with a story on any subject and just as quick to offer help or encouragement.

A funeral service will be held at Crossroads 1st Assembly of God Church, Grant City, MO on Tuesday, July 30, at 11:00. Full military honors will be provided by the Missouri Honors Team and Worth County Memorial VFW # 3123. Interment will take place at a future date. Arrangements: andrewshannfuneralhome.com
Read Less

Receive notifications about information and event scheduling for William

We encourage you to share your most beloved memories of William here, so that the family and other loved ones can always see it. You can upload cherished photographs, or share your favorite stories, and can even comment on those shared by others.

Posted Jul 29, 2019 at 08:42am
We're so sorry Claudia about Willy's death. Sending our sympathy and love. Aunt Frances

Posted Jul 27, 2019 at 04:06pm
I did not know Willie long or extremely well, however, he treated me like we were best friends when we saw each other and his graciousness in a time of loss for my family will not be forgotten. He always had a great story to tell and our common love for golf was most likely the bond in our relationship. I appreciate him for his wit, friendliness, service to the country and the time he gave to WCR3. To say Willie was an "American Original" is a bit of an understatement--he truly was one of those people that made life more interesting. Willie's presence in our community reaffirmed my belief there are good people everywhere and we were lucky to have him come to us and join our community. I have no words to lessen Claudia's loss, but I must believe that her memories will surely be a big part in the healing. Willie's family is in my families prayers, Craig McNeese
Comment Share
Share via: 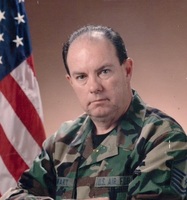